Terry Tyler is a famous financial adviser, who hosts a popular morning segment on a national radio station. He has a number of bestselling books in the area of financial investment and is well-known for his expertise in the sector. In early January 2020, Terry unexpectedly made a substantial amount of money on the cryptocurrency exchange. He subsequently decided that he should re- invest this money. Later that month, Terry bumps into his cousin Susan at their grandparents 60th wedding anniversary, which was held at a lavish Port Melbourne reception centre. While conversing about the latest financial trends, Terry tells Susan that he is looking to invest in a property with solid rental returns. Susan, intrigued by this asked Terry, ‘Oh, you are looking for an investment property? I am not selling a house, but I do have some gold that I am hoping to sell. Would you be interested?’ Terry was unsure at first but warmed to the idea when Susan started talking about how much gold had valued over the past 12 months. He asks Susan if she could write to him by post with the lowest amount that she would be willing to accept. On 27 January, Susan sends a letter to Terry explaining that she would sell him 100 gold bars, weighing 1kg each, for no less than $450,000. Susan further explained in her letter that this was well below the market value of the gold, which had been independently valued at approximately $550,000. On 29 January, Susan was approached by Renzo Rocco, who offers to purchase her gold for $600,000. She writes to Terry on 30 January stating that she no longer wished to sell the gold to him for $450,000 and that the deal was off. On 3 February, Terry receives Susan’s initial letter dated 27 January and immediately writes a letter stating, ‘I hereby accept your offer to purchase 100 gold bars, weighing 1kg each, for the asking price of $450,000. Please find enclosed $45,000 as deposit.’ He then posted the letter that same day (3 February). Terry, thrilled with the price of the purchase, decided to go out with some friends to celebrate. Whilst at the local pub, Terry consumed a number of alcoholic cocktails and consequently became quite intoxicated. Realising that he had drank too much, Terry decides to leave the pub and stops in at the supermarket to pick up some midnight snacks. While in the snack aisle, Terry was approached by Kevin, a family friend. The two got into discussion about various things. At one point, Kevin said, ‘Terry, listen I’ve been meaning to ask you about an investment. I’ve heard about this new technology company, Ziro Ltd. They are about to issue a prospectus. I am thinking about re-mortgaging the family home and investing $150,000 in the initial offering. What do you reckon? Early retirement?’ Terry wasn’t feeling particularly well at this stage from all of the alcohol that he had consumed. He responded, ‘Yeah... Ziro looks like a solid investment. Like a rock, you know... solid. They, they look like they will do well. Kevin, I’d buy a bunch of their shares too if I hadn’t just spent all of my money on gold bars.’ Soon after, Kevin eagerly invests.

Terry awoke the next day (4 February) with a sore head and a letter dated 30 January from Susan. Terry was shocked to read that Susan no longer wished to sell him the gold and that she has received a better offer. He immediately called Susan to explain that it was too late for her to renege on the deal now as he had already sent his acceptance. Susan responded, ‘Well, I haven’t received anything yet. So as far as I’m concerned, there is no deal. Goodbye Terry.’ A month later, Ziro Ltd is embroiled in an insider trading scandal, causing the company’s shares to dramatically drop in value. Kevin has lost his $150,000 investment and is threatening to sue Terry for his bad advice. Terry is upset and confused. He does not understand how Susan could just ‘back-out’ of the contract of sale for the gold. On top of this, he does not even remember seeing Kevin at the supermarket, let alone giving him investment advice. Terry has now come to you for urgent advice.

a) Whether the contract for the sale of the gold is enforceable; and

b) Whether Kevin would be successful in his claim for negligence

This Law Assignment has been solved by our Law Experts at TVAssignmentHelp. Our Assignment Writing Experts are efficient to provide a fresh solution to this question. We are serving more than 10000+ Students in Australia, UK & US by helping them to score HD in their academics. Our Experts are well trained to follow all marking rubrics & referencing style.

Be it a used or new solution, the quality of the work submitted by our assignment experts remains unhampered. You may continue to expect the same or even better quality with the used and new assignment solution files respectively. There’s one thing to be noticed that you could choose one between the two and acquire an HD either way. You could choose a new assignment solution file to get yourself an exclusive, plagiarism (with free Turnitin file), expert quality assignment or order an old solution file that was considered worthy of the highest distinction.

Why compromising with assignments?

Can't find what you're looking for? 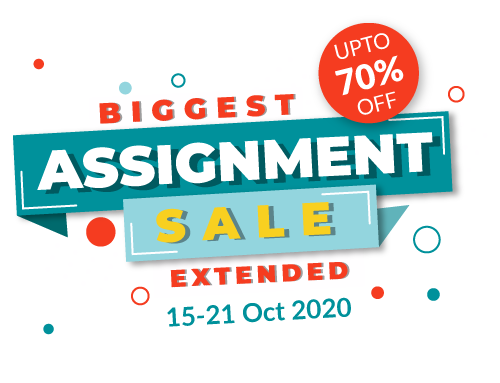 Relax! The assignment sale is extended.
Let us help you with #1 Assignment help in the World. Forget Pandemic woes and Get Money + Grades
Upto70%Discount
Book Now TnC Apply

Request a Call Back

Get Instant Assistance From Ph.D. Experts

Save Money, Save Time.

On all Assignments for the next 24 hours